Mug with the Lagrangian equation and the CERN logo. 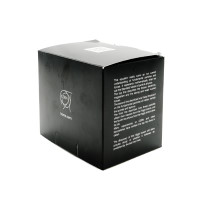