Jigsaw puzzle: The Large Hadron Collider in the Geneva area 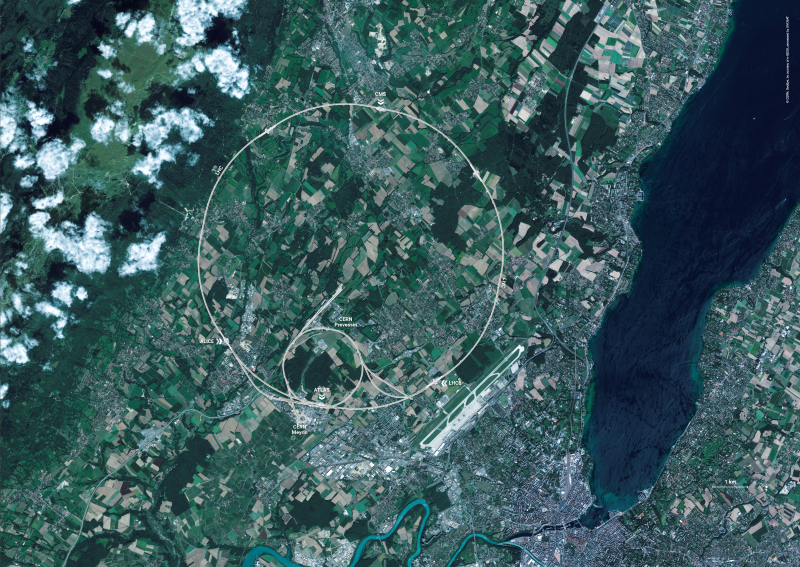 The Large Hadron Collider in the Geneva area

The Large Hadron Collider, LHC, is the world’s largest and most powerful particle accelerator. The LHC consists of a 27-kilometre ring of superconducting magnets with a number of accelerating structures to boost the energy of the particles along the way. It helps CERN researchers unlock the mysteries of our Universe by smashing atomic nuclei together at very high energy.
The tunnel that hosts the LHC was built between 1986 and 1988 to host the Large Electron Positron collider, LEP, a particle accelerator for lighter particles that operated between 1989 and 2000, and was eventually replaced by the LHC in 2008.
The tunnel lies between the Jura mountains and Lake Geneva at an average depth of 100m. It runs below the Canton of Geneva in Switzerland and the Pays de Gex in France, crossing the Swiss-French border six times along its path. 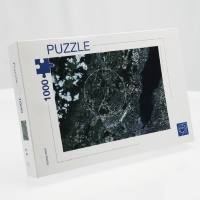 "My mother is a supernova" baby body...